How Behavior Programs Can Help Build an Energy-Efficient Culture

www.sustainableplant.com - January 11, 2012
Energy behavior programs aimed at reducing energy use through change in employees' attitudes and behaviors, such as those instituted at The House of Representatives and the Empire State Building, can help build an energy-efficient office culture, according to a report released by the American Council for an Energy-Efficient Economy (ACEEE). These programs also create benefits that extend beyond the workplace, as participants often become more energy conscious at home and in their communities.

One of the case studies examined, “Green the Capitol,” a program instituted by the House of Representatives, was recognized as a positive example of how government can deploy low-cost, low-risk energy initiatives to control its own energy usage through the change of its employees' attitudes and behavior toward energy saving.

The Green the Capital initiative promoted a comprehensive package aimed at reducing energy use, waste and the carbon footprint of the House of Representatives by switching electricity fuel from coal to natural gas, relighting the Capital Dome with compact fluorescent light bulbs, and promoting a series of behavior programs at offices such as turning off computers and other office equipment when not in use, carpooling, commuting by bicycle and recycling. Eighteen months after its launch, the Green the Capitol program had reduced the institution's carbon footprint by 74%.

The report also looked at four other energy behavior case studies across the U.S. and Canada, including the “Tenant Energy Management Program” in the Empire State building; “Conservation Action!” at BC Hydro, Canada; an energy behavior campaign undertaken at a provincial governmental building in Canada; and the “TLC – Care to Conserve” program at the University Health Network of the University of Toronto.

Four common intervention approaches were shared by the five energy behavior programs: (1) setting the tone with the support of upper management and its public pledge; (2) building a team with a project committee and peer champions on board; (3) utilizing communication tools such as e-mails, prompts, Web sites, public meetings and posters to reach target audiences; and (4) engaging building occupants by means of feedback, benign peer pressure and competition, as well as through performance-linked rewards.

The report suggests that the key benefits of energy behavior programs extend beyond the workplaces that undertake these programs. Often a change in participants' thinking and behaviors follows, and after participation in the program they may become more active in their own energy-saving practices.

“Participants in these programs may reduce their home energy use, or actively participate in or even organize energy conservation programs in their communities,” said Dr. Shui Bin. “They may act as agents for change within and outside of the organization, spreading energy-efficient behavior in other settings, leading to direct and indirect reduction of energy expenditure, energy use, and carbon emissions.”
Posted by TUNE TRAVEL at 12:16 AM 2 comments: 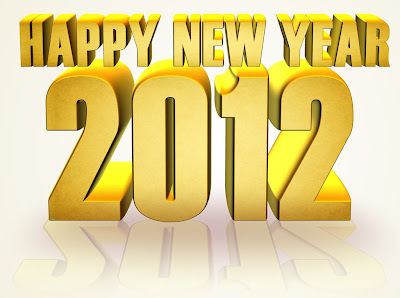